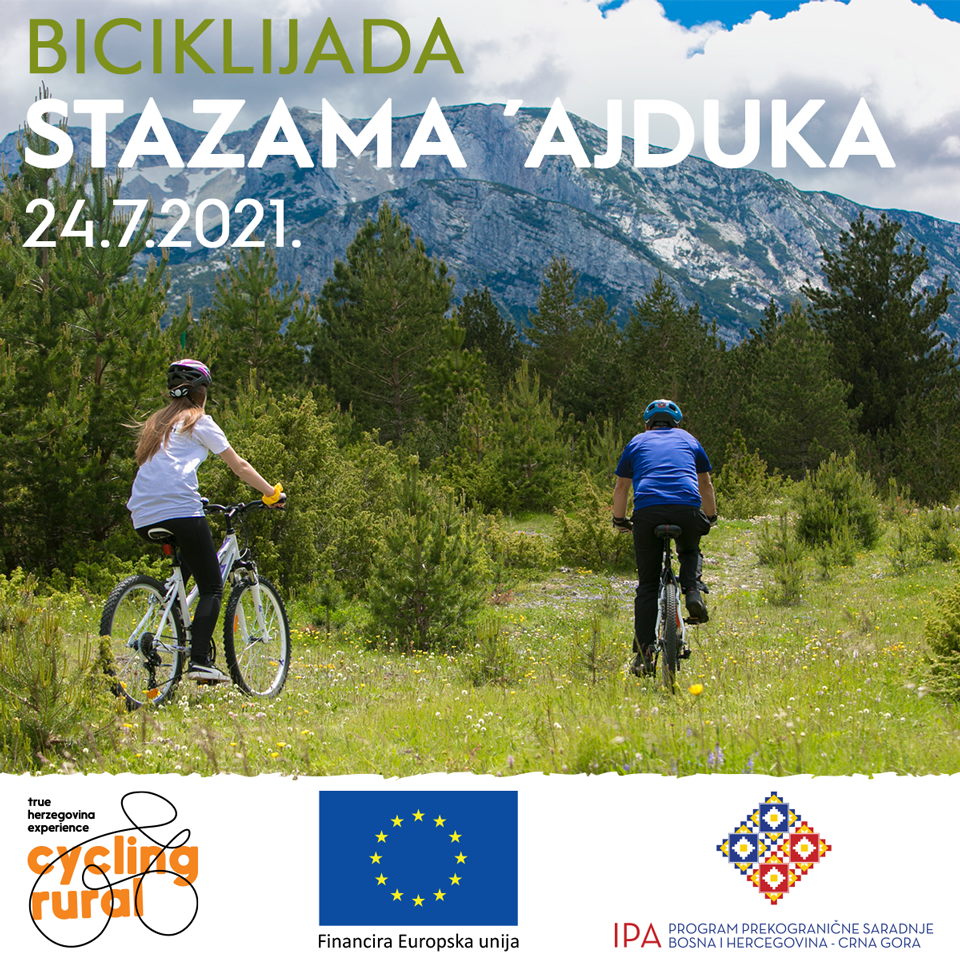 On July 24 2021, within the project “Cycling routes to improve natural and cultural heritage of Herzegovina and Montenegro – Cycling Rural”, funded by the European Union, a bicycle race called “Ajduk Trail” was held as part of Blidinje BIKE Festival. This bicycle race, conceived as a recreational ride, was organized with the aim of promoting the cycling tourist offer of Herzegovina and its tourist capacities.

The starting point of the cycling race was in Blidinje. On this route, which is about 50 km long, 180 participants in the cycling race had the opportunity to see some of the most beautiful landscapes that Herzegovina and the Blidinje Nature Park offer.

This is the fifth in a series of recreational bicycle rides organized within the project ” Cycling routes to improve natural and cultural heritage of Herzegovina and Montenegro – Cycling Rural” which is implemented within the Cross-border Cooperation Program Bosnia and Herzegovina – Montenegro 2014-2020.

The project will also introduce the “Bike Friendly Concept” quality standard, thus adding value to the tourist offer in the entire region, which will directly lead to an increase in activities in the rural areas of Herceg Novi and the West Herzegovina Canton.

The same day, a workshop “Tourism Product Development” was held, which brought together thirty participants.

The project officially started on October 1 2019, and implementation will last 24 months. The total value of the project is 495,000 euros, of which the European Union is financing 400,000 euros in grants. The project is jointly implemented by the Office of the Government of the West Herzegovina Canton for European Integration, the cities of Široki Brijeg and Ljubuški, the municipalities of Posušje and Grude, and the Tourist Organization of Herceg Novi (CG).

The European Union is financing this project with the aim of strengthening and diversifying the quality of the tourist offer, and the development and promotion of cycling and outdoor tourist offer in rural areas of the cross-border regions of Montenegro and Bosnia and Herzegovina. The project will result in the creation of a new and more attractive tourist offer under the brand “Cycling Rural”, which will be included in the tourist offer of both countries, as well as in the overall tourist offer of the Adriatic hinterland.